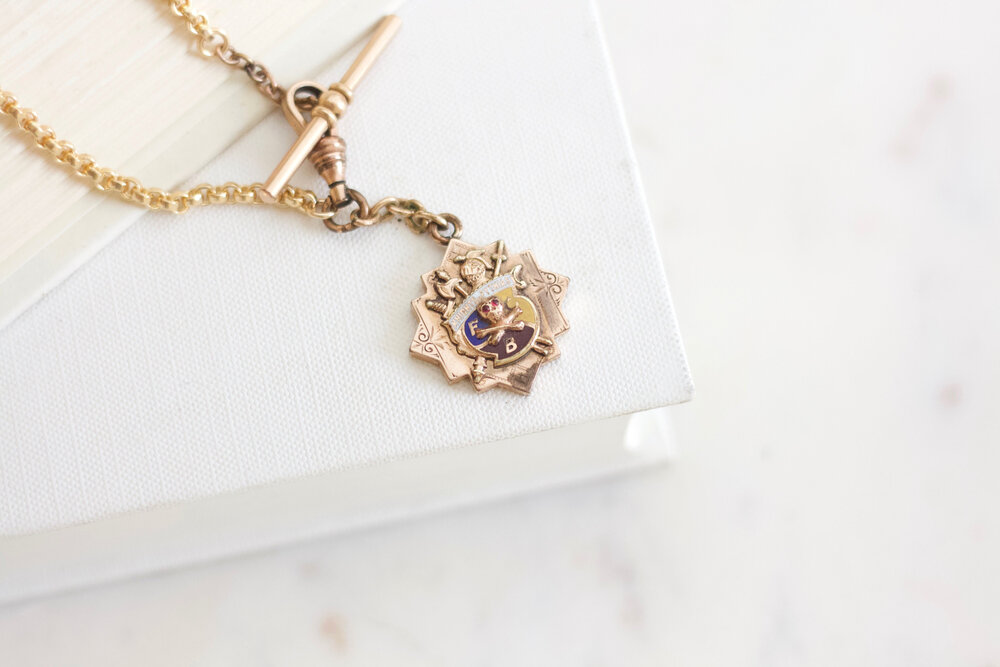 Our Fraternal Pendant necklaces bear a history that dates back to the mid 19th century. Most of our Fraternal Pendants originated as watch fobs from members of the Order of the Knights of Pythias. The Knights of Pythias were founded in 1864 in Washington D.C. and to this day, they have remained a primarily North American organization, with the majority of its lodges and members in the U.S. and Canada.

The Knights of Pythias was founded by Justus H. Rathbone, an actor and composer. Rathbone’s background played a major role in the development of the organization. Rathbone was inspired to start the Order after viewing a performance of John Banim’s play, Damon and Pythias in 1858. The play is based on the legend of two Pythogoreans that made great sacrifices for each other. Rathbone was inspired by their deep level of friendship, but would not be able to establish the organization until he was through spending a few years as a nurse during the civil war.

The Knights of Pythias grew in popularity and became the first American Order chartered by an Act of the Congress of the United States after Abraham Lincoln witnessed the rituals of the Order and said: "The purposes of your organization are most wonderful. If we could but bring its spirit to all our citizenry, what a wonderful thing it would be. It breathes the spirit of Friendship, Charity and Benevolence. It is one of the best agencies conceived for the upholding of government, honoring the flag, for the reuniting of our brethren of the North and of the South, for teaching the people to love one another, and portraying the sanctity of the home and loved ones. I would suggest that these great principles be perpetuated and that you go to the Congress of the United States and ask for a charter, and so organize on a great scale throughout this nation, and disseminate this wonderful work that you have so nobly started. I will do all in my power to assist you in this application and with your work." On the pendants that come the KoP, you’ll find a Knight, enameled  letters “F.C.B.”, and a skull and usually cross bones with garnet eyes. The skull and bones are a common symbol amongst American Fraternal Orders, but each organizations provides its own context to the symbol. For KoP, the skull and bones represent an initiation ritual that requires new members to swear secrecy. The letters “F.C.B.”—stand for Friendship, Charity, and Benevolence—represented pillars of character that each member was to live by and uphold.

To this day the Knights of Pythias continue doing charitable work in North America, primarily sponsoring and supporting the military. 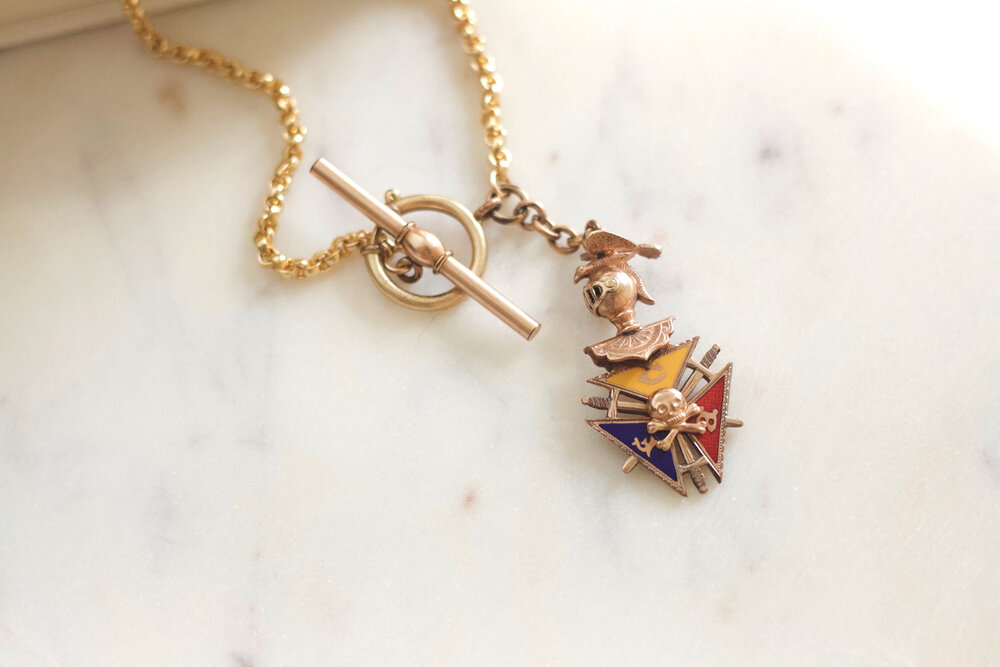 Find us in British VOGUE!