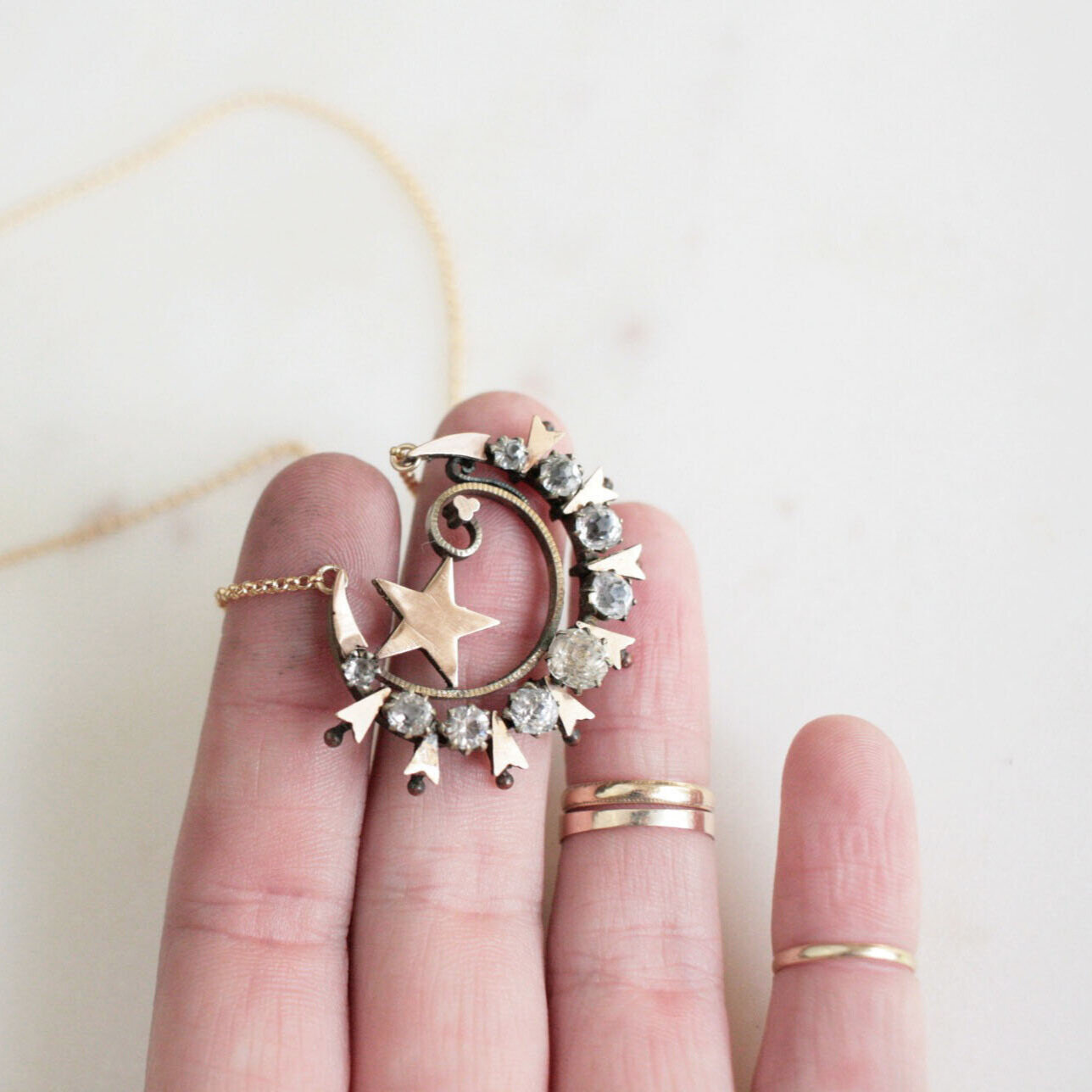 Precious jewels and metals have, for many years, carried significance in a variety of ways. The Victorian era saw an explosion of symbolic and sentimental jewelry in popular culture around the world. During this period, magazines targeted at women began to gain popularity and with that the idea of bringing the crown jewels into your own home. Queen Victoria loved her jewels and had something for every occasion. Prior to this era, we primarily saw jewelry as menswear.

In this post, let's look at 5 popular Victorian motifs:

One of the first popular motifs of Victorian jewelry was the serpent. Believed to be a symbol of wisdom and eternal love, the serpent was a very common motif worn by the Queen in her early years. Her engagement ring was in fact a serpent with rubies for eyes and an emerald on the top of its head. The second symbol seen often in Victorian pieces is the crescent moon. This was meant to signify the changing of the seasons in one’s life. It wasn’t uncommon to see Honeymoon brooches that usually featured a flower in a crescent moon.

The next motif we will look at is the anchor. The anchor was, and continues to be, a symbol of faith, hope, steadfastness, and security. The anchor has long been associated with sailors, and still is a reminder to never give up. Another common symbol in Victorian jewelry is the star. Stars were a symbol of guidance and wisdom. They were often adorned with diamonds and a moonstone in the center. At the time, it was believed that if you put moonstone in your mouth on the night of a full moon, you would be able to see the future of your romantic life.

The final motif we will look at is the bird. Depending on the type of bird, it could hold a variety of meanings. The birds most commonly seen were swallows or doves. Swallows typically symbolized guidance and a safe return home, while doves often represented peace, hope, and love.

Some of these symbols have changed meaning over time, but many of them are commonplace in trends today: The Roaring Twenties are Back: the Impact of 100 Year Old Trends